Soon after the Gold Rush of 1849 and after California became a state in 1850, pirates were a considerable nuisance and hazard to California shipping. The U.S. Navy realized the urgency of building a naval base and shipyard in the San Francisco area. So, in 1854 Mare Island Naval Shipyard was founded. For 142 years this site has built everything from frigates to battleships to nuclear submarines. Mr. Halloran and Ms. Davis presented a power point presentation of the history of Mare Island from its beginnings to the present. 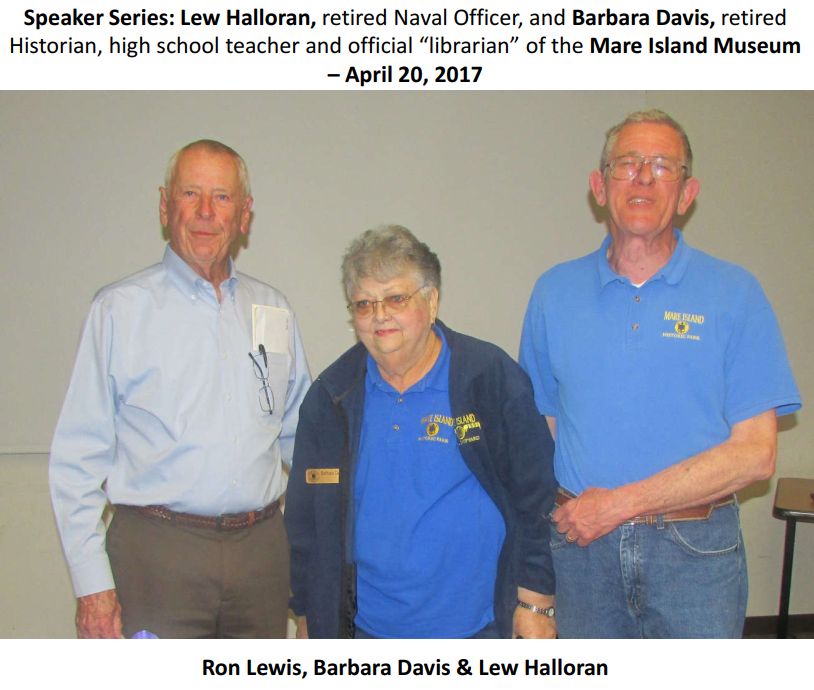