Following the 50th Anniversary Banquet of the Moraga Historical Society, featuring Laura Akley, architectural historian and author of San Francisco’s Jewel City: The Panama-Pacific International Exposition of 1915, Second Vice President Dick Olsen orchestrated a fun-filled, informational “Romeria” (field trip) highlighting Exposition art and architecture. The group traveled to the De Young Museum to view masterpieces which were displayed at the Palace of Fine Arts during the Exposition, some of which have not been viewed since the culmination of the event. Then it was off to the Palace of Fine Arts to view a model of the Exposition and learn more of the planning and execution of this spectacular undertaking. The trip concluded at the California Historical Society Museum. 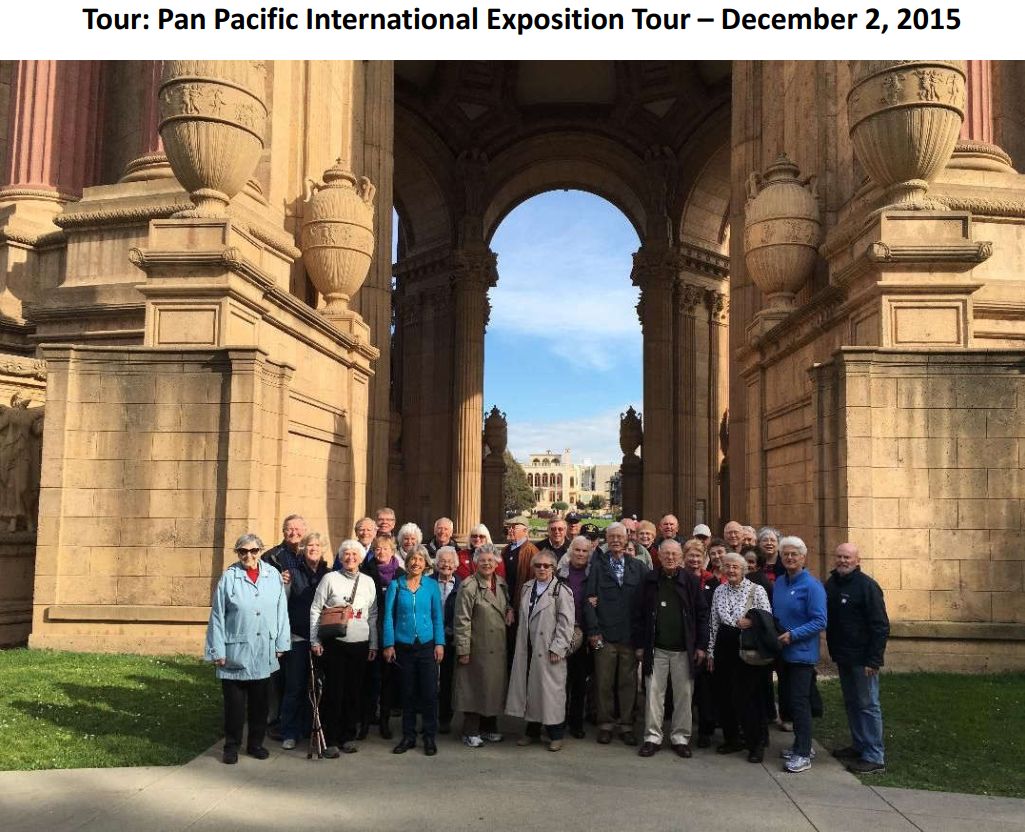